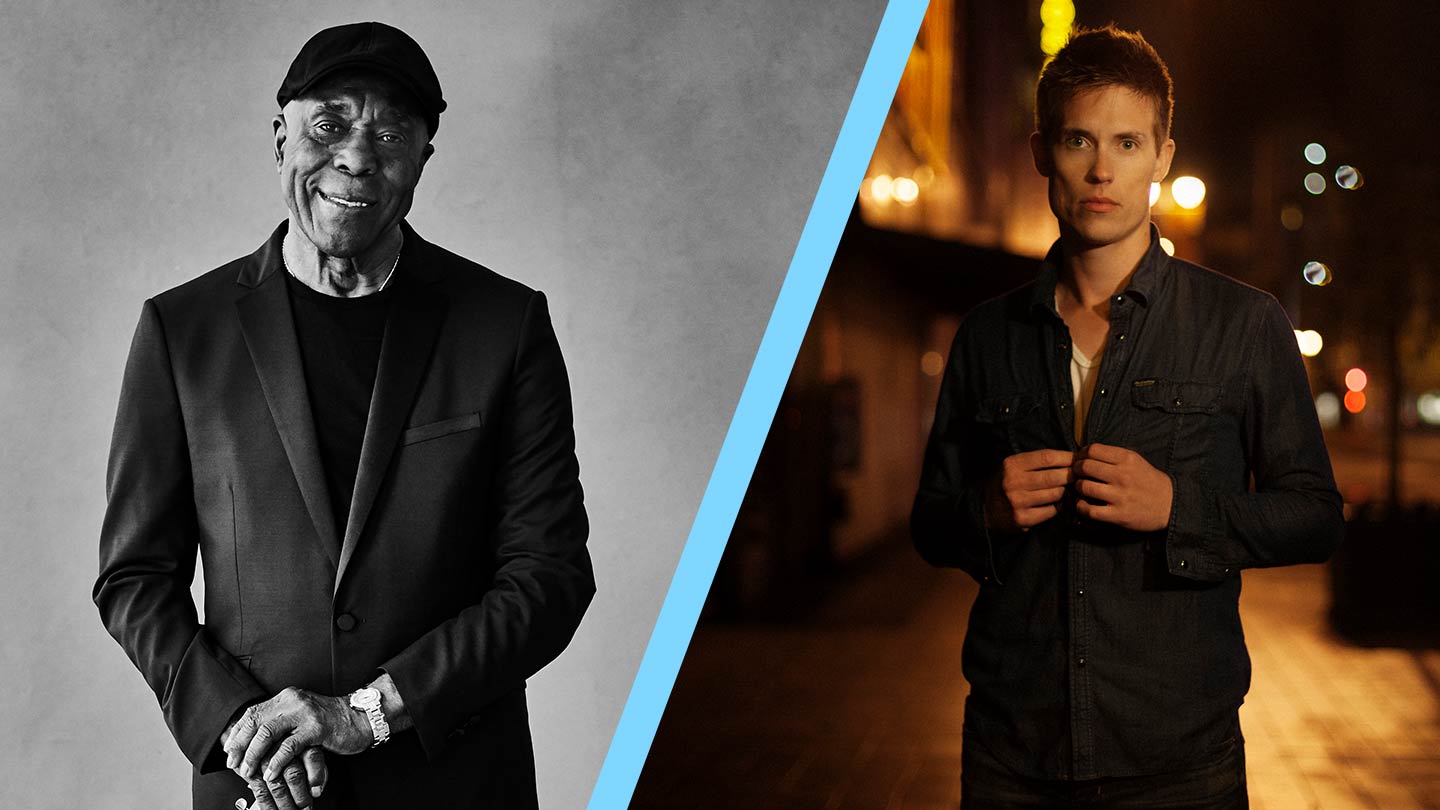 Buddy Guy: At age 79, Buddy Guy is a Rock and Roll Hall of Fame inductee, a major influence on rock titans like Jimi Hendrix, Eric Clapton, and Stevie Ray Vaughan, a pioneer of Chicago’s fabled West Side sound, and a living link to the city’s halcyon days of electric blues. Buddy Guy has received 7 GRAMMY Awards, a 2015 Lifetime Achievement GRAMMY Award, 34 Blues Music Awards (the most any artist has received), the Billboard Magazine Century Award for distinguished artistic achievement, a Kennedy Center Honor, and the Presidential National Medal of Arts. Rolling Stone Magazine ranked him #23 in its “100 Greatest Guitarists of All Time.”

Though Buddy Guy will forever be associated with Chicago, his story actually begins in Louisiana. One of five children, he was born in 1936 to a sharecropper’s family and raised on a plantation near the small town of Lettsworth, located some 140 miles northwest of New Orleans. Buddy was just seven years old when he fashioned his first makeshift “guitar”—a two-string contraption attached to a piece of wood and secured with his mother’s hairpins.

In 1957, he took his guitar to Chicago, where he would permanently alter the direction of the instrument, first on numerous sessions for Chess Records playing alongside Howlin’ Wolf, Muddy Waters, and the rest of the label’s legendary roster, and then on recordings of his own. His incendiary style left its mark on guitarists from Jimmy Page to John Mayer. “He was for me what Elvis was probably like for other people,” said Eric Clapton at Guy’s Rock and Roll Hall of Fame induction in 2005. “My course was set, and he was my pilot.”

Seven years later, July 2012 proved to be one of Buddy Guy’s most remarkable years ever. He was awarded the 2012 Kennedy Center Honor for his lifetime contribution to American culture; earlier in the year, at a performance at the White House, he even persuaded President Obama to join him on a chorus of “Sweet Home Chicago.” Also in 2012, he published his long-awaited memoir, When I Left Home.

These many years later, Buddy Guy is a genuine American treasure and one of the final surviving connections to an historic era in the country’s musical evolution. He keeps looking to the future of the blues through his ongoing work with his 16-year-old protégé, Quinn Sullivan.

“I worry a lot about the legacy of Muddy, Wolf, and all the guys who created this stuff,” he says. “I want people to remember them. It’s like the Ford car—Henry Ford invented the Ford car, and regardless how much technology they got on them now, you still have that little sign that says ‘Ford’ on the front.

“One of the last things Muddy Waters told me—when I found out how ill he was, I gave him a call and said, ‘I’m on my way to your house.’ And he said, ‘Don’t come out here, I’m doing all right. Just keep the damn blues alive.’ They all told me that if they left here before I did, then everything was going to be on my shoulders. So as long as I’m here, I’m going to do whatever I can to keep it alive.”

Jonny Lang: In January, 1997, at the age of 16, Jonny Lang found incredible success with the release of his major label debut album Lie To Me. Fame does not seem to have impacted him from being the same country farm boy from Fargo, ND who got his start in the local clubs of Minneapolis. He survived the passage of youth to adulthood, fell in love, began a family, and in the process passed through the life lessons we all endure. He has a keen sense of what he aims to achieve creatively, what music means to him, and is focused on the impact that his songs bring to the lives of those that encounter his repertoire. Currently, he is placing the finishing touches on a new release planned for late-Summer.

When asked what he would tell his younger self if he was afforded the opportunity to share advise, he wisely answers, “I would say all of those voices steering you away from questionable decisions, listen to them. They are right.” He has encountered many in the public eye through his career that approaches two decades. With those experiences, and the personality traits he has witnessed, he has a clarity of how he wants to be, and how he wants to treat others.

This sense of who he wants to be was the core of his last studio album Fight For My Soul. Lang shares, “The inspiration for the songs on the record vary widely. Some are about personal struggles, some are focused on injustices I have seen. Some are random fictional stories that hopefully can relate to people in some way that is a blessing to them. I’ve wanted to make this album for a long time. Creatively, I think there is a lot more going on inside of me than I’ve been sharing on recordings.”

The album defies categorization by a single genre. The textured arrangements, broad worldview, gorgeous vocal melodies, and expressive guitar playing are what defines Fight For My Soul. It is unequivocally what Lang aimed to achieve over the long period he has been working on reaching a realized vision. He offers, “Much of what I’ve experienced through music and life in general is in these songs. I really like reaching out and connecting with people. For me, this is what it’s all about. It keeps it fresh with different experiences every day.”

This grass roots approach for FFMS was new to Lang, whose four earlier studio albums were written and crafted under the watch of his previous record labels. It was a welcome change. After Lang released his Grammy winning Turn Around in 2007, he made the decision to forego the major label route and became an independent artist. The first result was 2009’s Live At the Ryman, but Fight For My Soul, by its nature, is his first fully realized artistic achievement through his own label SayRai Music, featuring his own touring band. “Recording with the band for the first time was really gratifying,” says Lang. “They’re all amazing musicians and we’ve grown together musically and personally by playing hundreds of live shows. This served us well in the making of Fight For My Soul. Because of them, I have grown musically in ways I never thought I could, and it really is an honor to have them on this record.”

Lang’s full touring schedule as well as making his family a priority in his life, are the primary cause for the length of commitment it took to deliver this album. He reflects, “Between being with my family, and being out on the road touring, the last thing you want to do when home is to go and make a record. We have had to pick our spots to fit in recording time. In the last year, we’ve been able to work on it more consistently, and to finally wrap this thing up. And with the delivery to label partners Mascot in Europe and Concord for North America, he achieved what he set out to deliver offering, “I’m really happy with the body of work we have for this one. It’s kind of hard to be excited and know what the record was going to be like when the process is extended over such a long period of time. Today sitting here I am really proud of the recordings.”

As an artist he has evolved since he began the writing process. The sound of that evolution is all over Fight For My Soul. “What You’re Looking For” carefully layers banjo, guitars, spacey keyboards and a percussion sample to create a sonic dreamscape for its story of searching for life’s essentials — faith, love, hope. The arrangement of “We Are the Same” evokes the freewheeling spirit of Motown’s Psychedelic Shack era.

The path Lang has been on has brought him the opportunity to interact with some of the most respected legends in music. On the way up, he shared the stage with The Rolling Stones, B.B. King, Aerosmith, Sting, and Buddy Guy, who he continues to tour with today. As a 12-year-old, he began a journey in Fargo, ND that has brought him to points across the Globe, and as he looks on the upcoming near-term future, he shares, “With this album, I really look forward to bringing our music to people in places where I’ve never been before. Music is one of the greatest conveyers of ideas and emotions, and in a sense that doesn’t have as much to do with the individual performing, but the power of the connection. One of my goals is the music can be a blessing to the people listening to it in some way. And if Fight For My Soul can help somebody by making them feel better or that they’re not alone, that’s my idea of success for this album.”