Everclear “So Much for the Afterglow 20th Anniv. Tour” with Vertical Horizon & Fastball 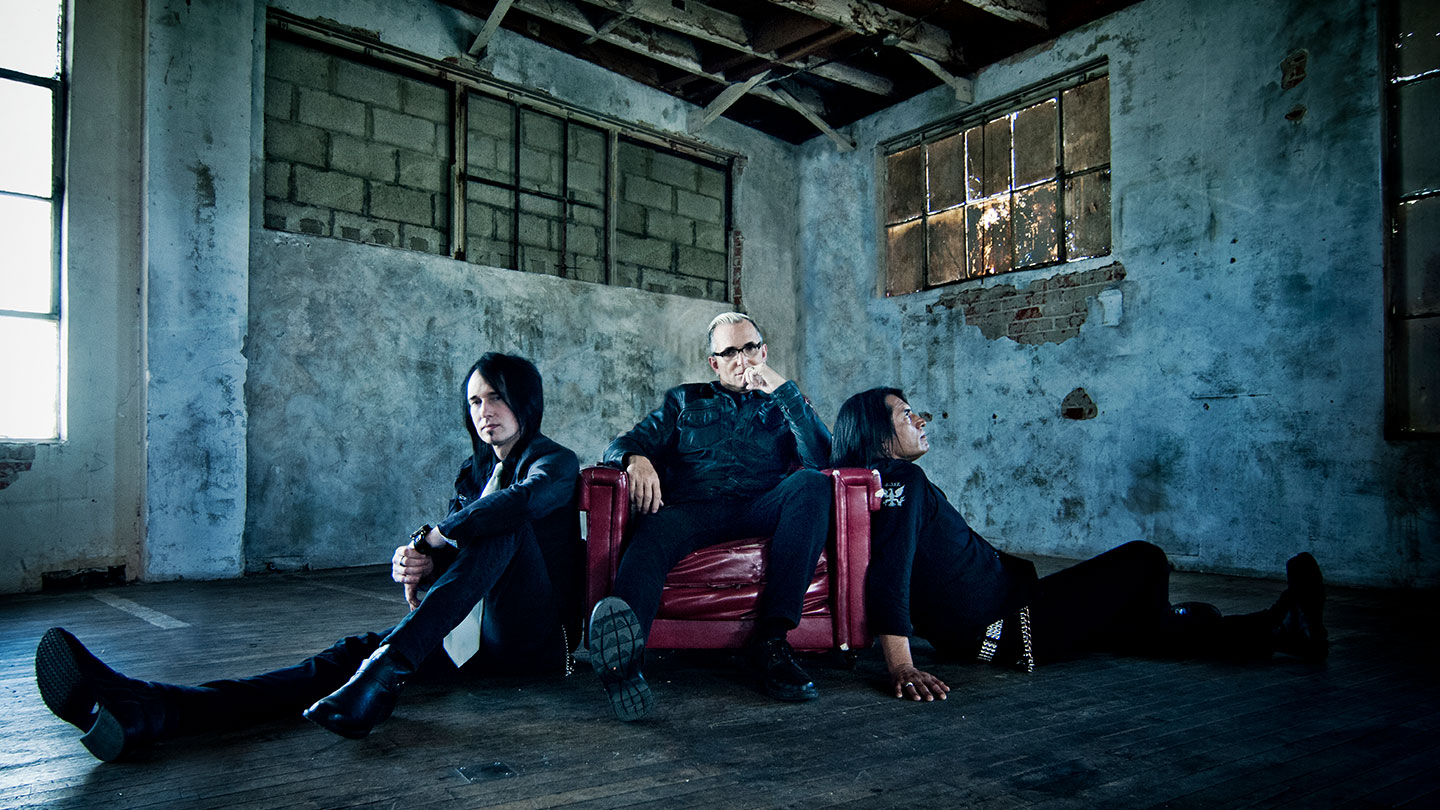 It’s been 20 years since Everclear released their 1997 multiplatinum smash So Much For The Afterglow, yet the album remains a beloved fan favorite, and continues to inspire new generations of musicians & fans today. Bolstered by the record’s enduring popularity, Everclear are about to embark on a highly anticipated tour celebrating its milestone anniversary, with plans to perform the album front to back, including some tracks the band has never played live.

As the band’s third full-length, So Much For The Afterglow built upon the momentum of 1995’s Sparkle And Fade, with a slew of unforgettable songs that permeated MTV and alternative rock radio. The album—which remains Everclear’s best-selling release to date—quickly won over listeners with its trademark combination of melody, rhythmic energy, evocative lyrics and thundering guitar crunch.

“It makes me feel really good when I read a lot of what people still think about the album, and how many bands have been influenced by it—how much impact it had on them—and I think about how much impact it had on me, in a different way of course,” says singer-guitarist Art Alexakis. “It’s still a thing; it’s still relevant and real 20 years later.”

Formed by Alexakis in 1991 in Portland, Oregon, Everclear has enjoyed a lengthy career spanning 10 studio releases, numerous videos, thousands of shows and accolades that include a 1998 Grammy nomination for Best Rock Instrumental, for the Afterglow track “El Distorto de Melodica.” Like a true survivor, Alexakis has soldiered on through multiple lineup changes over the years: During the Afterglow era, the band also included Craig Montoya on bass and Greg Eklund on drums; the forthcoming anniversary tour features current Everclear members Davey French (guitar), Freddy Herrera (bass) and drummer Jake Margolis. In recent years Alexakis also created and runs the annual Summerland Tour, which features a package of popular ’90s alt rock bands.

Amid all of Everclear’s accomplishments, the Afterglow period remains a pivotal moment. After enjoying a taste of success with Sparkle And Fade and its still-prevalent hit single “Santa Monica,” Everclear returned to the studio in 1996 more determined than ever to perfect their sound. By the end of the year the band had already completed an album, tentatively titled Pure White Evil, but after one particularly blunt conversation with an A&R executive, the singer/guitarist/songwriter Alexakis knew there was more work still ahead.

“He told me, ‘It’s an ok record, but it’s not going to do what you want it to do, and it’s not the best record you can make’,” Alexakis recalls. “He said that, and I just knew he was right. I knew I wasn’t digging deep enough.”

Alexakis spent roughly the next week living in a New York City hotel, contemplating his next move. He walked the city streets and went to multiple showings of the film Jerry Maguire. Inspired, he went back to his hotel room and started anew, while taking close stock of the existing Pure White Evil material. With the band and label on board with the new plan, Everclear continued to write and refine the new material over the spring of 1997 until Evil morphed into what eventually became So Much For The Afterglow.

“Looking back, I remember just how balls-out and brash I was,” Alexakis says. “I just had a vision and after Sparkle I was desperate not to have a sophomore slump and be a one-hit wonder. I was just going forward with my vision and dragging my guys behind me. We just believed that we were on a mission to make a great record. To this day, it’s probably my favorite Everclear album.”

Perhaps the most compelling aspect of Afterglow is its visceral, infinitely relatable lyrics, some of which are autobiographical. Although, according to Alexakis, many people think the majority of his songs are.

“I like storytelling…writing from the first person perspective,” says Alexakis. “‘Father of Mine’ (the hit single which expresses the singer’s feelings of estrangement and abandonment by his father) and a couple of others are stories from my life.” While other tracks, meanwhile, offer the singer’s wry observations on the world around him. The common thread, and the message that’s most powerful amid all of Alexakis’ lyrical soul baring, is that no matter how hard things get, there can always be better days ahead.

“From my perspective, the album told stories of an American life that had gone through ups and downs and still wasn’t 100 percent,” Alexakis says. “I still had to deal with issues like parental abandonment, poverty, abuse and drugs. But even though those things are there, there’s still a light at the end of the tunnel, though it’s hard to see sometimes, and even though the record’s dark and heavy at times, it convey’s a sense of hope, which is probably why it seemed to connect with a lot of young people at the time, because even though it sucks being a teenager, or in your early 20s…you want to know there’s a chance. I’m an optimist; There’s always an upside somewhere.”

Since the album’s release, the songs have taken on a life of their own through the interpretations of listeners, who’ve made their unique personal connections with record. However some of the tracks still remain deeply personal to Alexakis, and there will likely be emotional onstage moments during the upcoming tour. For this reason, some Afterglow tracks will be performed live for the first time in years, if not ever.

“There are still songs on this record that I have a hard time singing, because I get so emotional,” says Alexakis. “We don’t play them a lot, ever, but we will on this tour; we’re playing all the songs. ‘Why I Don’t Believe in God,’ is an especially hard one to sing. That’s a song about my mom.”

Other tracks promise to be great fun. The kinetic energy of So Much For The Afterglow makes much of it ideal for concert stages, and Alexakis is eager to share and experience the material again in a live setting along with fans. On a personal level for Alexakis, who’s a married father of two daughters, it will undoubtedly be a much different tour here in 2017 than when the band was young and hungry and just promoting the album for the first time. But some things—namely the remarkable quality of the songs and the enthusiasm fans have for the record—not only remain steadfast, they’ve even continued to grow and appreciate over time.

“‘California King’ is a blast to play,” he says. “The harder rock songs, like “One Hit Wonder,” are going to be fun to play. We’ve been breaking that one out in rehearsals over the last couple months; it’s tight and sounds really good. I still like playing the hits, too. I love the way people respond and sing along with the songs. That’s something songwriters never get tired of.”

It’s likely that crowds will have plenty to sing about when the So Much For The Afterglow Tour—which also includes ’90s compatriots Fastball and Vertical Horizon—hits a nearby venue later this year. Alexakis says that the roughly 90-minute set will also include other favorites from Everclear’s back catalogue, but will feature So Much For The Afterglow in its glorious entirety, performed with the loving respect it deserves. Beyond his own gratification, Alexakis says the forthcoming Afterglow tour is very much a gift—and a thank you—to fans of the album.

“A lot of people really identified with the songs off this record and it meant something important to them,” Alexakis says. “That means a lot to me, that I’ve had a positive impact in someone’s life. As a dad, and a person who’s constantly trying to do the right thing, that’s big. It just makes me feel really good that people connected to what we were doing, and that it still means something to them. What more can a guy in a rock and roll band ask for?”