Roots On The Red: Trampled By Turtles & Michael Franti plus more 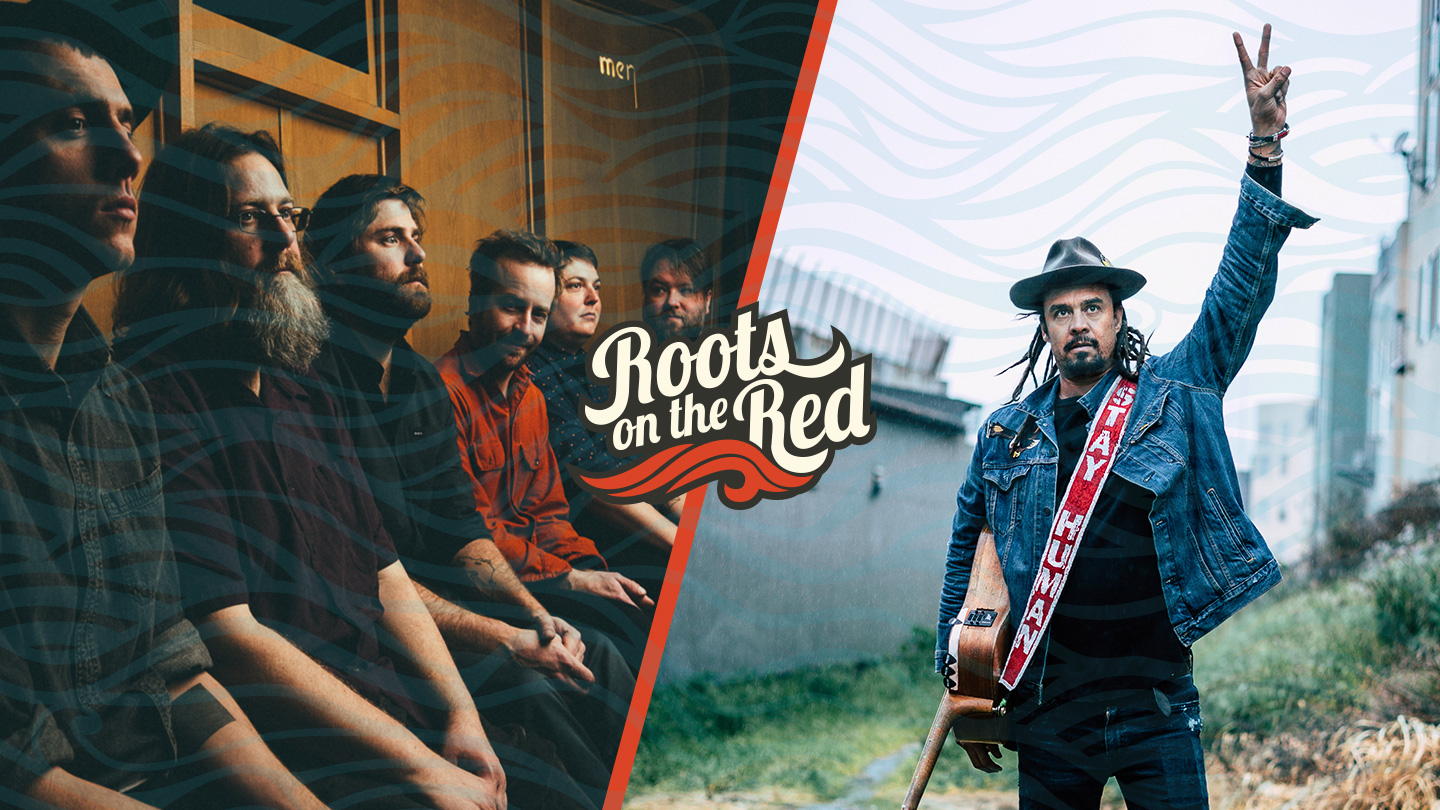 Trampled By Turtles are set to headline Roots on the Red, a one-day celebration of Americana. The festival will take place across three stages on the Bluestem Amphitheater grounds, with several supporting acts to be announced. The main stage will include two additional performers leading up to Trampled By Turtles and two side stages—Fargo Brewing Stage and Blackbird Pizza Stage—will host four acts each.

Trampled by Turtles are from Duluth, Minnesota, where frontman Dave Simonett initially formed the group as a side project in 2003. At the time, Simonett had lost most of his music gear, thanks to a group of enterprising car thieves who’d ransacked his vehicle while he played a show with his previous band. Left with nothing more than an acoustic guitar, he began piecing together a new band, this time taking inspiration from bluegrass, folk, and other genres that didn’t rely on amplification. Simonett hadn’t played any bluegrass music before, and he filled his lineup with other newcomers to the genre, including fiddler Ryan Young (who’d previously played drums in a speed metal act) and bassist Tim Saxhaug. Along with mandolinist Erik Berry and banjo player Dave Carroll, the group began carving out a fast, frenetic sound that owed as much to rock & roll as bluegrass.

Trampled by Turtles released their first record, Songs from a Ghost Town, in 2004. In a genre steeped in tradition, the album stood out for its contemporary sound, essentially bridging the gap between the bandmates’ background in rock music and their new acoustic leanings. Blue Sky and the Devil (2005) and Trouble (2007) explored a similar sound, but it wasn’t until 2008 and the band’s fourth release, Duluth, that Trampled by Turtles received recognition by the bluegrass community. Duluth peaked at number eight on the Billboard bluegrass chart and paved the way for a number of festival appearances. When Palomino arrived in 2010, it was met with an even greater response, debuting at the top of the bluegrass chart and remaining in the Top Ten for more than a year. Two years later, their crossover appeal landed them at number 32 on the Billboard 200 pop charts upon the release of their sixth album, Stars and Satellites. In addition to major bluegrass and folk festivals, they began showing up at Coachella, Bumbershoot, and Lollapalooza. The official concert album, Live at First Avenue, followed in 2013, recorded at Minnesota’s most famous venue. A year later, the band returned with the darker-toned Wild Animals, which bettered its studio predecessor on the album charts, reaching number 29. Trampled will release their latest album Life Is Good On The Open Road on May 4th, 2018.

Michael Franti & Spearhead are set to tour the U.S. this summer, beginning June 1 at the legendary Red Rocks Amphitheatre in Colorado. The “Stay Human” Tour comes in anticipation of Franti’s upcoming new album Stay Human 2, due this June, and provides the soundtrack for Franti’s forthcoming self-directed documentary, Stay Human.

Of the upcoming tour, new music and film, Franti explains, “I’ve traveled the globe making music and throughout the years I’ve always hoped that it could inspire small steps towards making the world a better place. Struggling with the challenges of the world I began filming my new documentary, Stay Human, telling the stories of heroic everyday people who helped me to discover more deeply what it means to be and STAY HUMAN.”

Special guests on select tour dates include Victoria Canal and Dustin Thomas, with additional support from AHI and HIRIE. Michael Franti will also offer fans a new VIP Experience on select dates, including a pre-show Q&A, acoustic performance, professional photo with Michael and an autographed VIP item. See below for additional information and a list of dates.

Franti began writing music as a way to process both the political landscape of the late 1980s and the unique sounds and ideas of his Bay Area upbringing. In 1994, Franti formed Michael Franti & Spearhead. Touring with his band, Franti continued to notice inequality and injustice both at home and abroad. The band released their seminal Stay Human album in 2000, reflecting on the unjust nature of the death penalty among other themes, to make sense of our common humanity in juxtaposition to near constant violations of human rights.

Franti released his first self-directed documentary I Know I’m Not Alone in 2005 to widespread critical acclaim. The film depicts his mission for peace in the Middle East, with a focus on the human cost of war. Franti visited warzones in Iraq, Israel, and Palestine again finding common connection, playing music to both soldiers and civilians regardless of affiliation.

Michael Franti & Spearhead continue to foster the community both on and off stage hosting large yoga meet ups prior to each show and with Michael and his wife Sara’s foundation Do It For The Love, a wish granting nonprofit that brings those with life threatening illnesses, veterans and children with severe challenges to concerts. His recent musical projects have included the Billboard #1 single “The Sound of Sunshine” (2010) and full-length releases All the People (2013) and SOULROCKER (2016), which topped the Billboard rock album charts at #4 and #5, respectively.