Essentia Health presents: In This Moment with Devil Wears Prada & DED brought to you by Q105.1 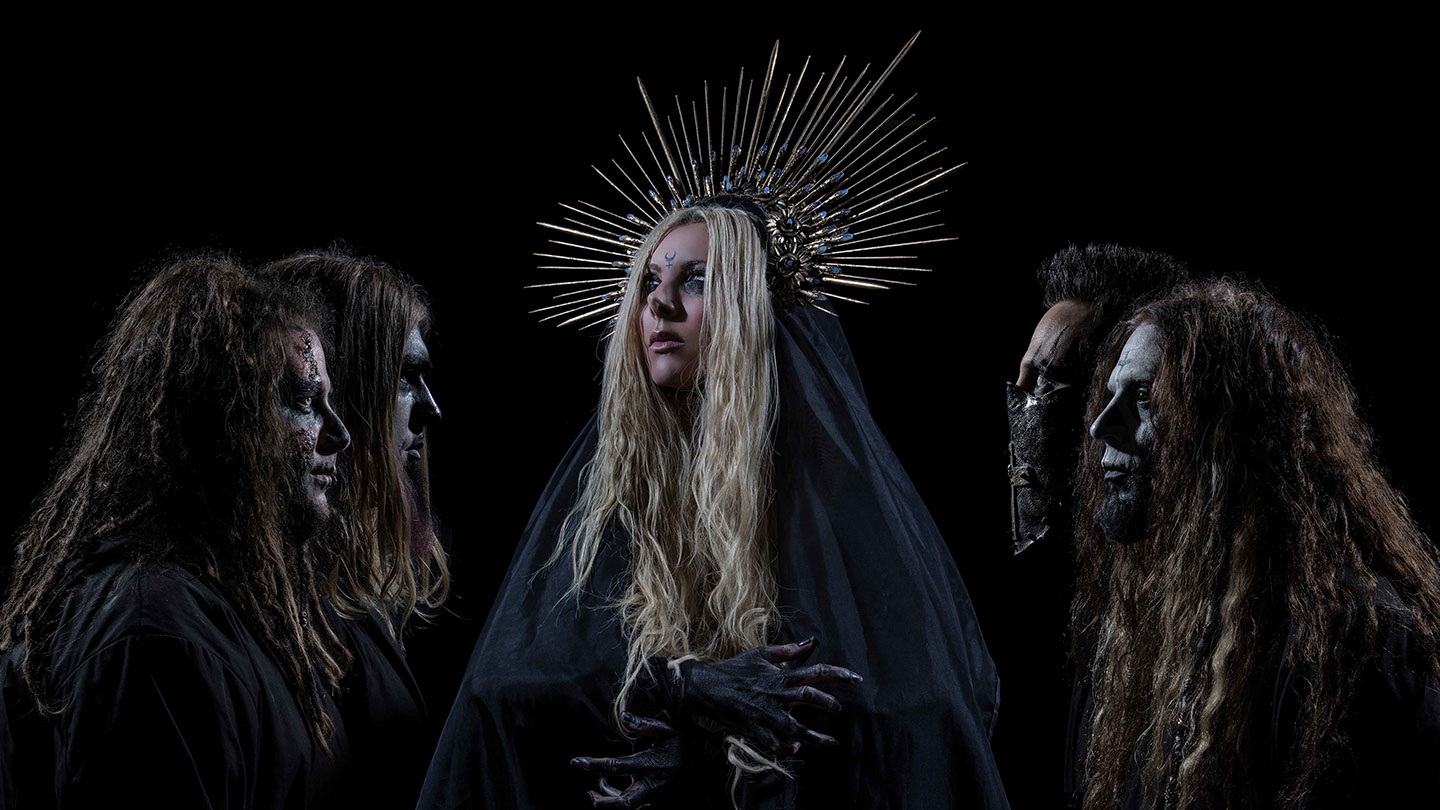 Throughout history, art rejoices and revels in the wisdom of women.

Within a deck of tarot cards, the High Priestess serves as the guardian of the unconscious. In Greek mythology, the old oracles celebrate the Mother Goddess. William Shakespeare posited portentous prescience in the form of MacBeth’s “Three Witches.” On their sixth full-length album Ritual, In This Moment—Maria Brink [vocals, piano], Chris Howorth

“It’s like we’re going into the next realm,” asserts Maria. “I had a conviction of feeling empowered in my life and with myself. I always write from a personal place, and I needed to share that sense of strength. I’ve never been afraid to hold back. Sometimes, I can be very suggestive. However, I wanted to show our fans that this is the most powerful side of myself and it’s without overt sexuality. It’s that deeper serious fire inside of my heart.”

“What Maria is saying comes from deep inside,” Chris affirms. “This time, we had a bunch of ideas started before we hit the studio. There was a really clear direction. It’s different.”

The group spent two years supporting their biggest album yet 2014’s Black Widow. Upon release, it seized their highest position to date on the Billboard Top 200, bowing at #8. Simultaneously, it clinched #3 on the Hard Rock Albums chart and spawned a series of hits such as “Sick Like Me,” “Big Bad Wolf,” and “Sex Metal Barbie”—all cracking 8 million Spotify streams each and topping Rock Radio. Meanwhile, the band’s signature smash “Whore” crossed the 20-million mark.

Furthermore, the title track off In This Moment’s 2012 album, Blood, has been certified gold by the RIAA. A remarkable accomplishment, the companion music video for “Blood” has been viewed over 27 million times.

Between headline tours, they incinerated stages everywhere from Rock On The Range to Download Festival. In March 2016, Maria and Chris commenced writing for what would become the new record with longtime collaborator and multiple GRAMMY® Award-nominated producer Kevin Churko [Five Finger Death Punch, Ozzy Osbourne] at his Las Vegas compound.

Following a high-profile summer 2016 tour with Korn and Rob Zombie, the duo began writing. Then, Maria visited Salem, MA for the very first time with all of the women in her family quite appropriately during Halloween.

“We were really tapping the energy there,” she says. “We were honoring each other. I was seeking inspiration and experience to inspire me in this album. I was trying to find a lot of truth in myself. I loved Salem. I was blown away by how visually beautiful it is. The history of the witch burnings is fascinating. It was a special ceremonial journey.”

Galvanized and inspired, Maria and Chris returned to Kevin’s stronghold to complete recording. In an atmosphere of candles, crystals, incense, and a cackling fireplace, they expanded their aural palette once again, welcoming a doom blues bombast into the sonic fold.

“We love Black Widow, but it was very electronic,” Chris explains. “This is a little more organic, emphasizing guitars, bass, drums, and vocals. We slowed down the groove a little bit. I got to play some slide guitar, and I’ve never done that. There’s a bluesy side, which we’ve also never had.”

“We always want to grow and evolve,” Maria adds. “It was a chance to get a little more serious.”

That progression shines through the first single “Oh Lord.” A minimal drum and handclap echoes as Maria’s wild incantation takes hold. Guitars shiver and shake as the frontwoman delivers an undeniable refrain.

“The meaning of ‘Oh Lord’ is central to the album,” she reveals. “I should be able to have a relationship with what I perceive God to be. For me, it’s this strength and light. When I was younger, I felt guilty for thinking of these things. I’m not supposed to touch an oracle card, a tarot card, or these beautiful things, because they’re ‘bad.’ I had these fears in me for a long time like, ‘Is this wrong?’ I realized I don’t have to be afraid anymore. There’s a lot of learning and an awakening in that one.”

“Who doesn’t love ‘White Wedding?’,” laughs Maria. “We wanted to do a spin-off that’s creative. It’s a question-and-answer between me and another voice. The chorus essentially says this isn’t going to be the opposite of a happy ending! You’re becoming empowered by heartbreak.”

Chris breaks out the slide on the raging “River of Fire,” while “Witching Hour” dances around the flames to a new wave-inspired groove and midnight lore as Maria recants, “This idea of me being burned as a witch in a past life for teaching people to be free.” Elsewhere, “Roots” practically opens up the earth with its sheer seismic force.

“Sometimes, I have to go through pain in order to forgive and let go,” she adds. “I love to thank the hate in people. It’s that sort of energy. I’ll be okay, hold my head strong, push forward, do what I’ve got to do, and prevail.”

Simultaneously, In This Moment breathe a dark new life into the Phil Collins’ classic “In The Air Tonight.”

“We can’t reproduce what he did in a million years,” she says. “It’s one of the best songs ever. We did our own interpretation and made it a little more sinister like our ritual.”

The ritual has begun, and In This Moment ignite a brighter fire than ever before here.

“When fans hear this, I want them to feel the music, whether they take away sadness, anger, or happiness,” concludes Chris. “As a kid, I remember listening to records and putting them on repeat over and over again. I’d love for the world to listen and absorb this as a piece of work.”

Maria leaves off, “I want everybody to be unafraid of who they are and not worry about what the rest of society says. Be strong. Be loud. We love our fans deeply. I hope everybody feels that love and powerful in who they are.”