Dropkick Murphys with Clutch, Hatebreed and Amigo The Devil 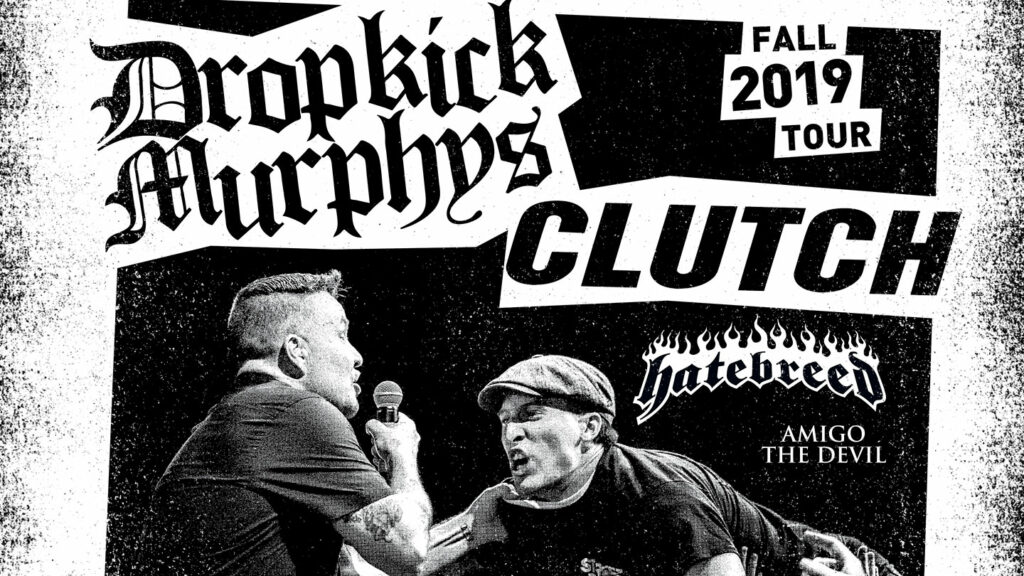 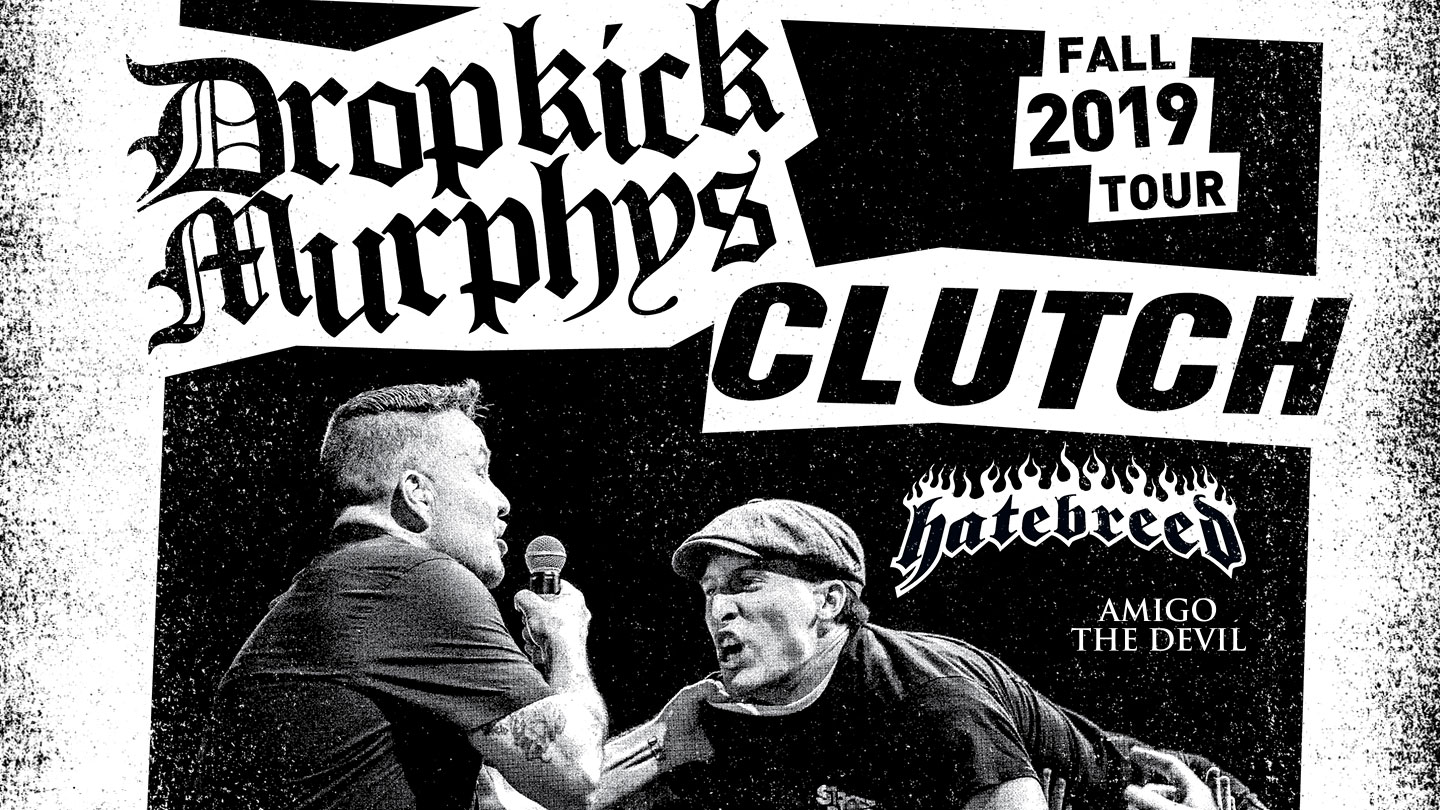 From the early days at the Boston landmark The Rathskeller (aka The Rat) beneath Kenmore Square, to 80,000-plus on the main stages of European festivals, the Dropkick Murphys have spent a large chunk of the last 20 years touring the world. All that travel has only strengthened their love and appreciation for their hometown. When they finally get back home from a tour, it’s hard to pry them away again. When the band is off the road, they spend most of their time with family, or working with The Claddagh Fund, the charity foundation they launched in 2009.

You heard that right! They packed up their gear and hit the road, joining longtime producer Ted Hutt at a studio 30 miles east of El Paso. Sonic Ranch Studios, whose property abuts the U.S./Mexico border, is a place where the only cell service is the occasional bar that pops up from a Mexican carrier. This bold move, this dedication, this desolation – and this amazing studio – helped the band capture something magical on their new album, 11 Short Stories Of Pain & Glory.

“To me, the whole journey starts with the fact we actually agreed to go – and then went – to Texas. Because we’ve never left home to make a record,” says bassist and founder Ken Casey. “As everyone’s lives have become crazier and busier with kids and families, it’s gotten harder to buckle down at home. We decided to leave Boston, go down to literally the middle of nowhere and lock ourselves in a room.”

“There was nothing around us for miles,” says guitarist Tim Brennan. “It was just us and the studio. I think it gave us the ability to work without distractions in a way that we’ve never really been able to before. All we could do was focus on music. It was one hundred percent devotion to the songs. Once we started to put everything together in El Paso, the songs took on a whole new life and exceeded our expectations.”

From the start of the songwriting process there was a sense of urgency and passion in the room. The opiate epidemic ravaging the country – in particular Boston and New England – was hitting closer than ever to home. Sadness, anger, and dismay fed the writing process. This was personal. The crisis directly struck the band’s family circle in 2014 when Barr’s brother-in-law died of an overdose.

“Between Al’s loss and all the friends and people that I know, I’d say I’ve been to 50 wakes in the last three years,” Casey says. “The state has decided to almost give up on kids in a way with prescribing Suboxone, which is like the methadone of our generation. Of course, that doesn’t work either. You can’t give up on the people society has deemed will fail.”

One of the main focuses of the band’s Claddagh Fund is to support addiction recovery. The band is hands-on in raising funds, mentoring, and lending a helping hand in the fight. Many of the songs reflect these experiences. “Rebels With A Cause” was written about kids who are given up on and left behind by a system that has written them off as hopeless. “Paying My Way” is about the way up and out of addiction and the dream of bigger and better things in life.

But the first song that was on the docket for this record was the daunting cover of “You’ll Never Walk Alone,” the Rodgers and Hammerstein song made famous by Gerry and The Pacemakers. “I was leaving another overdose wake and the song came on in the car,” says Casey. “My music was on shuffle, and ‘You’ll Never Walk Alone’ randomly played. As I heard the chorus, ‘Walk on, walk on with hope in your heart and you’ll never walk alone,’ it struck me how powerfully the song related to the struggle and how you don’t have to do it alone.”

With no fanfare, the members of Dropkick Murphys get into the lives of other people. With financial resources from The Claddagh Fund, they have helped many men, women, and teens who have found themselves in the depths of addiction. They stand with the families to help them navigate the life-altering road to recovery. It’s something Dropkick Murphys are dead serious about.   With all of this in mind, it’s fitting that 11 Short Stories Of Pain & Glory is a soundtrack to tragedy and triumph alike, and by the time these songs made it to tape in Texas there was a power to them unlike anything the band had captured before. On this album, Dropkick Murphys carry on the tradition of rough and tumble storytelling – the kind of writing that never leaves fans wondering whether the band have lived what they’re singing about.

A look back at childhood life, a snapshot of a clueless Masshole, a stop-you-in-your tracks reflection on a terrorist tragedy…it’s all there across the record’s 11 tracks. There are moments of ass-kicking Celtic punk attitude, ball-busting wisecracks, tear-jerking confessions, and the kind of upbeat words of wisdom that can be chanted loud and proud across arenas and stadiums worldwide. It’s real. It’s raw. It’s Dropkick Murphys.