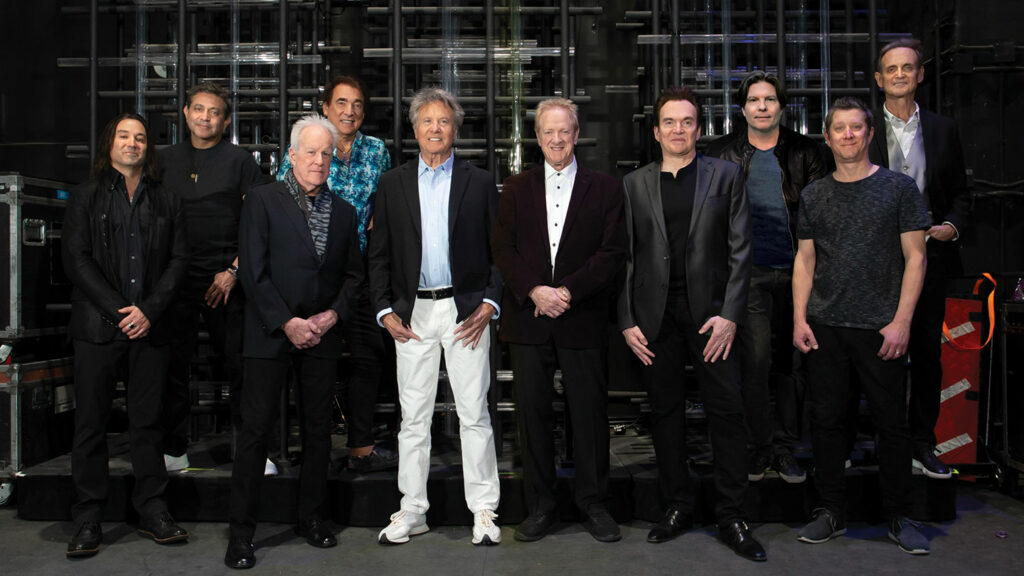 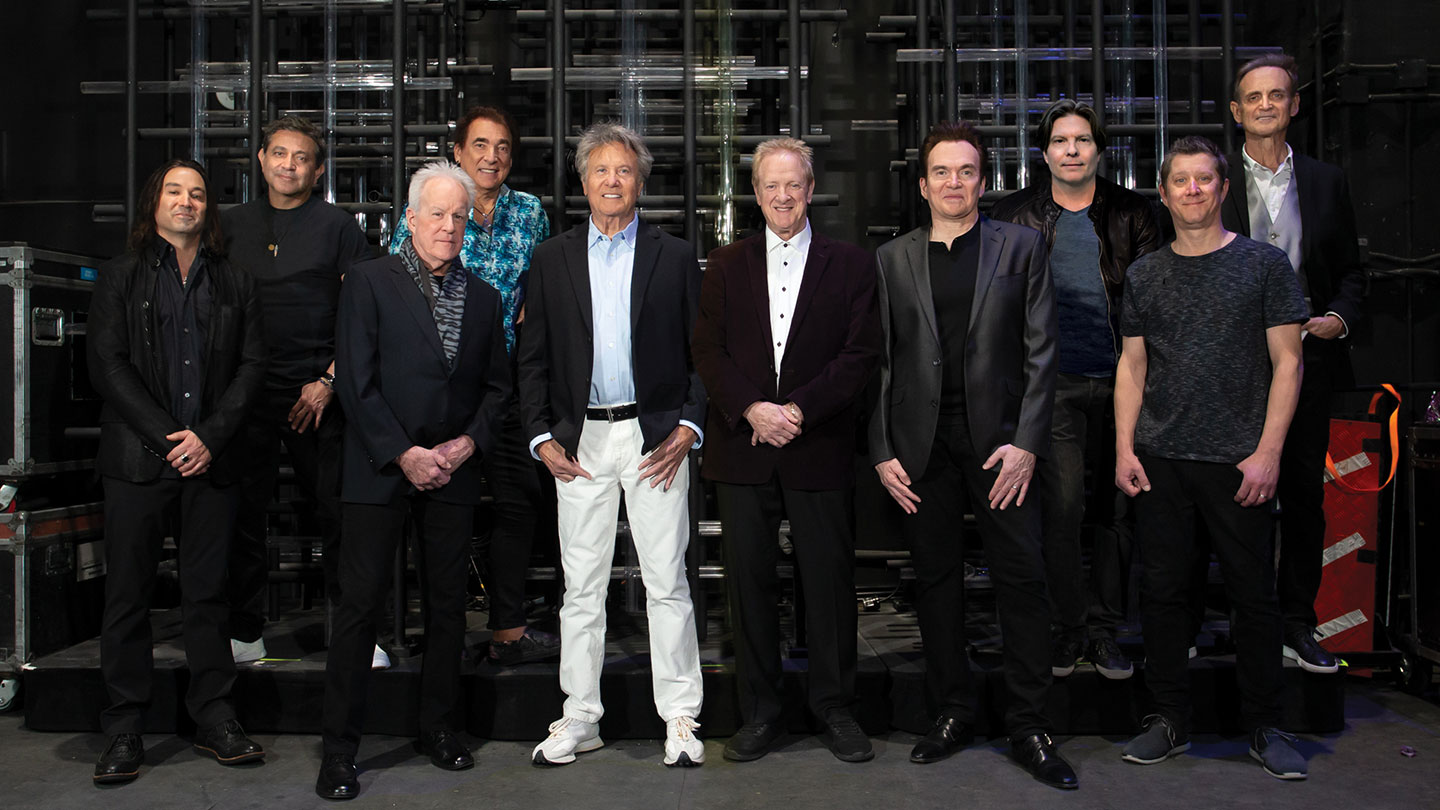 Hailed as one of the “most important bands in music since the dawn of the rock and roll era, the legendary rock and roll band with horns, Chicago, came in as the highest charting American band in Billboard Magazine’s Top 125 Artists Of All Time. And Chicago is the first American rock band to chart Top 40 albums in six consecutive decades.

Multi-Grammy award winning, Rock and Roll Hall of Fame band Chicago just announce their 38th studio album, BORN FOR THIS MOMENT, arriving July 15 via BMG on the heels of the previously released single “If This is Goodbye,” now climbing the charts of radio. The album is now available for pre-order HERE.

Featuring the signature sounds Chicago fans have come to love, BORN FOR THIS MOMENT, produced by Joe Thomas, captures the true heart of this legendary band. Over the entire course of 14 vibrant new songs, BORN FOR THIS MOMENT encapsulates the unique blend of award-winning and personal songwriting, multilayered harmonic vocalizations, and world-class arrangements that have been electrifying audiences across the globe for decades.

On September 30, 2022, Gravitas Ventures released Chicago’s documentary “The Last Band on Stage” directed by Peter Curtis Pardini and narrated by the band’s longtime friend and actor Joe Mantegna. On March 14, 2020. Chicago is the last band playing in the U.S. as COVID lockdowns begin. The Last Band on Stage tells the incredible story of how the 55 year-old band survived a pandemic that stopped the world in its tracks.

“Chicago has faced many obstacles in lasting 55 years but the pandemic was possibly their greatest challenge. I’m excited for people to see the story of how they got back to the stage to continue performing,” said director Peter Curtis Pardini. “We’re excited to be bringing The Last Band on Stage to audiences worldwide. This funny and informative documentary offers an inside look at how the legendary band Chicago were able to produce content even during the height of the COVID-19 pandemic,” said Gravitas Ventures’ Acquisition Coordinator, Mackenzie Maguire.

Summer, 2022: Chicago and Brian Wilson, co-founder of the Beach Boys, with Al Jardine and Blondie Chaplin have announced a co-headlining 25-city tour across the US. With both Rock ‘n Roll Hall of Fame inductees, the Live Nation produced tour brings together the timeless music of Chicago and the classic sounds of Brian Wilson. The tour kicks off on June 7th at Ak-Chin Pavilion in Phoenix, AZ making stops across the U.S. in Los Angeles, Salt Lake City, Tampa, Cincinnati and more before wrapping up in Clarkston, MI at DTE Energy Music Theatre on July 26th.

Chicago was inducted into the 2016 Rock and Roll Hall of Fame. This was their first nomination. They’ve been eligible since 1994. A long time coming!

Chicago’s first album, Chicago Transit Authority, was inducted into the GRAMMY Hall Of Fame in 2014. Chicago managed to fuse pop, rock and jazz together perfectly in this double album.

Robert Lamm and James Pankow have become inductees of the Songwriters Hall of Fame in 2017. These legendary songwriters wrote mega-hits such as, “25 or 6 to 4,” “Saturday In The Park,” “Feelin’ Stronger Every Day,” “Make Me Smile,” and many others.

Chicago’s lifetime achievements include two Grammy Awards, two American Music Awards, Founding Artists of the John F. Kennedy Center for the Performing Arts, a star on the Hollywood Walk of Fame, a Chicago street dedicated in their honor, and keys to and proclamations from an impressive list of US cities. Record sales top the 100,000,000 mark, and include 21 Top 10 singles, 5 consecutive Number One albums, 11 Number One singles and 5 Gold singles. An incredible 25 of their 38 albums have been certified platinum, and the band has a total of 48 gold and platinum awards.

Chicago have toured every year since the beginning – they’ve never missed a year. The original three band members are Robert Lamm on keyboards and vocals, Lee Loughnane on trumpet and vocals and James Pankow on trombone. The band line-up also includes Wally Reyes, Jr. on drums, Tony Obrohta on guitar, Loren Gold on keyboards and vocals, Ray Herrmann on sax and flute, Neil Donell on vocals, Eric Baines on bass and Ramon “Ray” Yslas on percussion.

From the signature sound of the Chicago horns, their iconic Vocalists, and a few dozen of ever-Classic Songs, this band’s concerts are celebrations. 2023 marks the band’s 56th consecutive year of touring!

Chicago continue to be true ambassadors for their beloved hometown, carrying the city’s name with pride and dignity around the world.